Battambang is one of the major province in Cambodia, it is famous for its massive rice production, which supply locally and internationally. In addition to its name as the town of old building conservation, relaxation with less of modern entertainment but a classic pubs or bar along the river and in the town center itself. However, this town has few attractions if comparing to its neighbor Siem Reap. Here, we will introduce you to 5 places to visit in Battambang.

Just 13 KM to the north of Battambang City, the famous district of Battambang, Ek Phnom, in which there is one thing in particular worth to see, which is Ek Phnom temple. This temple was built during 11th Century, though It’s now barely standing but it is one of the most beautiful artifact to be admired.  However, beside the temple, riding along the winding Sangke Rive, passing from one village to another, you will enjoy and fall in love with lifestyle of people. 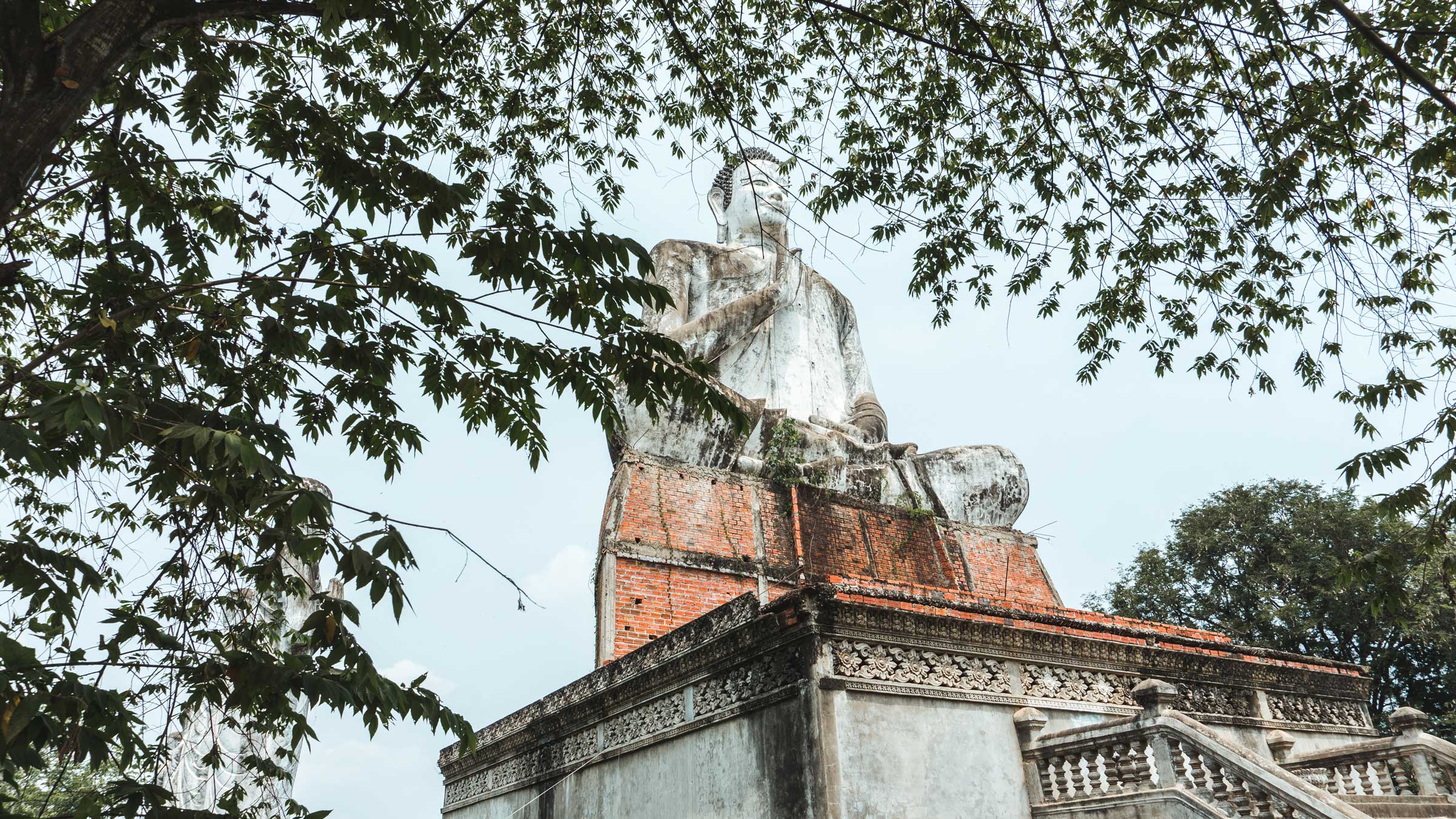 Banon temple is located on top of Banon Mountain about 20 km west of Battambang town. Visiting this temple, you aren’t only witness the beauty of the temple itself but also the breathtaking view of Battambang rice field, landscape, the Sangke River, since this temple was built on top of the Banon mountain, which is probably 400 m in height. 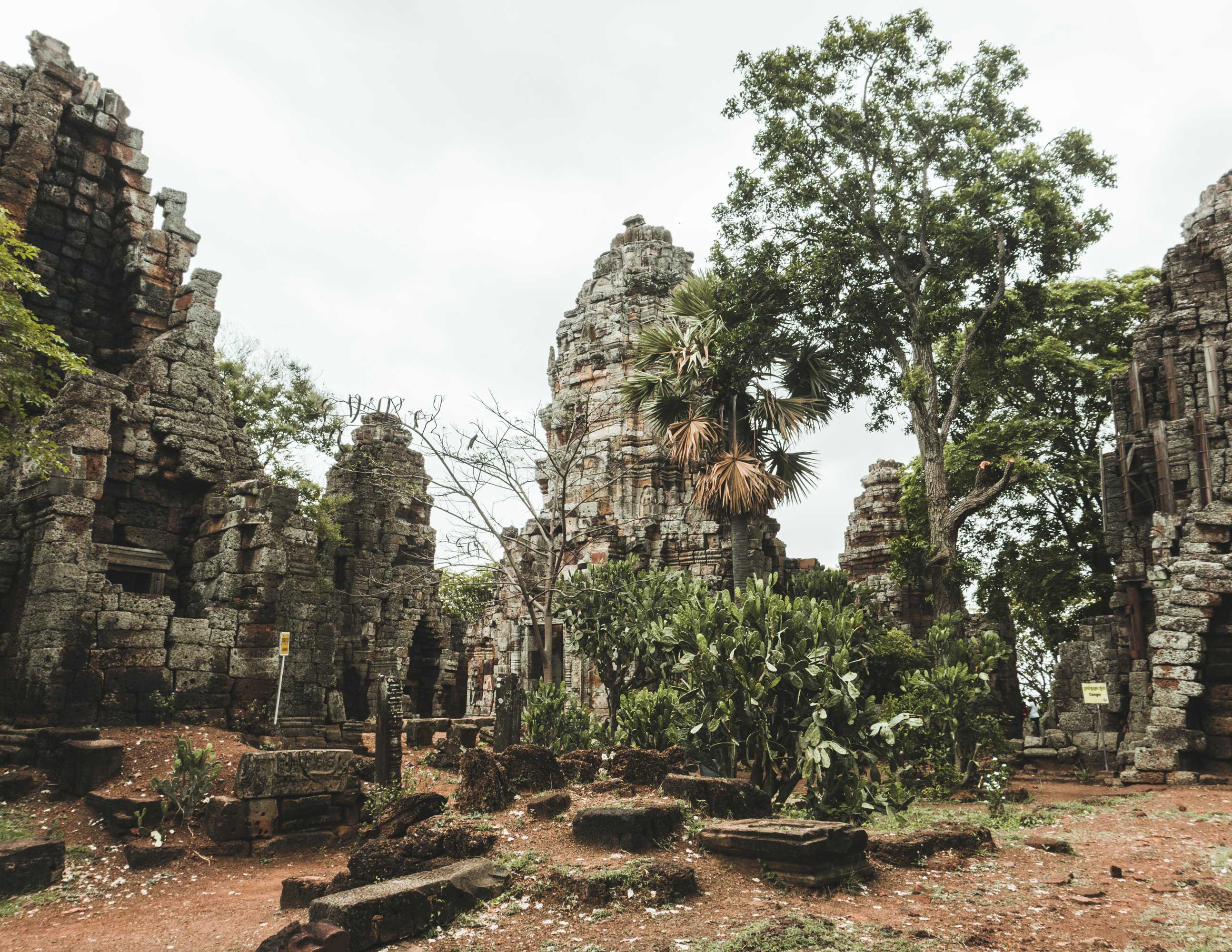 After enjoying the view on top of Banon Mountian, it is time to have some fun riding one of the most iconic vehicle across Cambodia, which is the Bamboo Train or some has called the flying bed. Bamboo train has become the part of local people life who live along the railway after the destruction of proper infra-structure during civil war in the 60s-.  People use it to transport products and people along the railway and it has become a sensational attraction to tourists for years. However, the old version of Bamboo train service had been stopped completely after the government of Cambodia demanding for the reconstruction of the railroad. So, the iconic vehicle has moved itself to the feet of Banon Mountain. 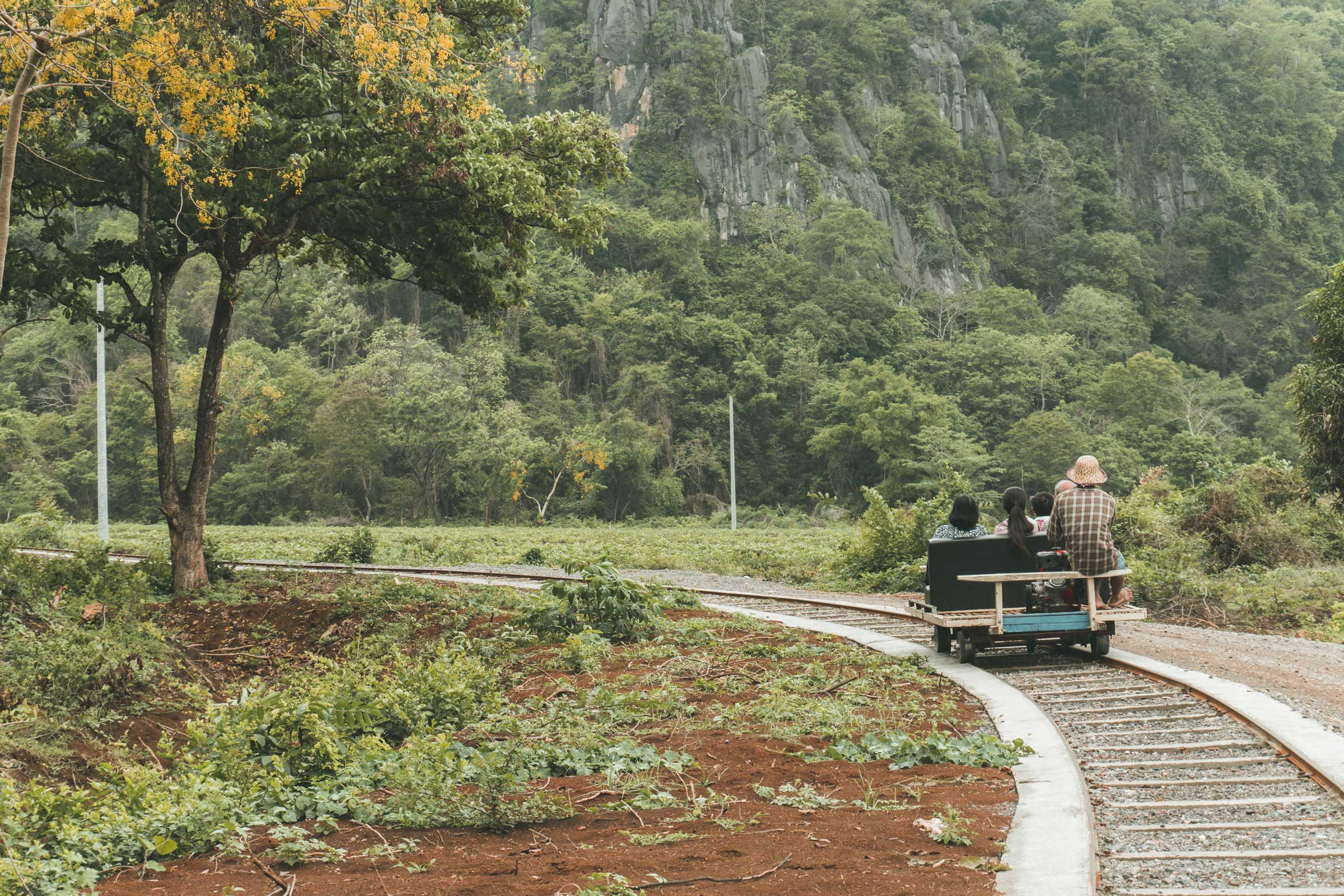 Phnom Sompov, the view is breathtaking, caves make us feel goosebumps after listening to all the story behind and the fairy tale. However, one thing in particular, Bet watching in the evening, this is what I love the most. In the early of the evening around 6 pm, you will witness thousands if not millions of bets flying out of the cave beautifully under the light of the sunset. Hundreds of tourists line up to witness the beauty while beer and food are being served upon the order. 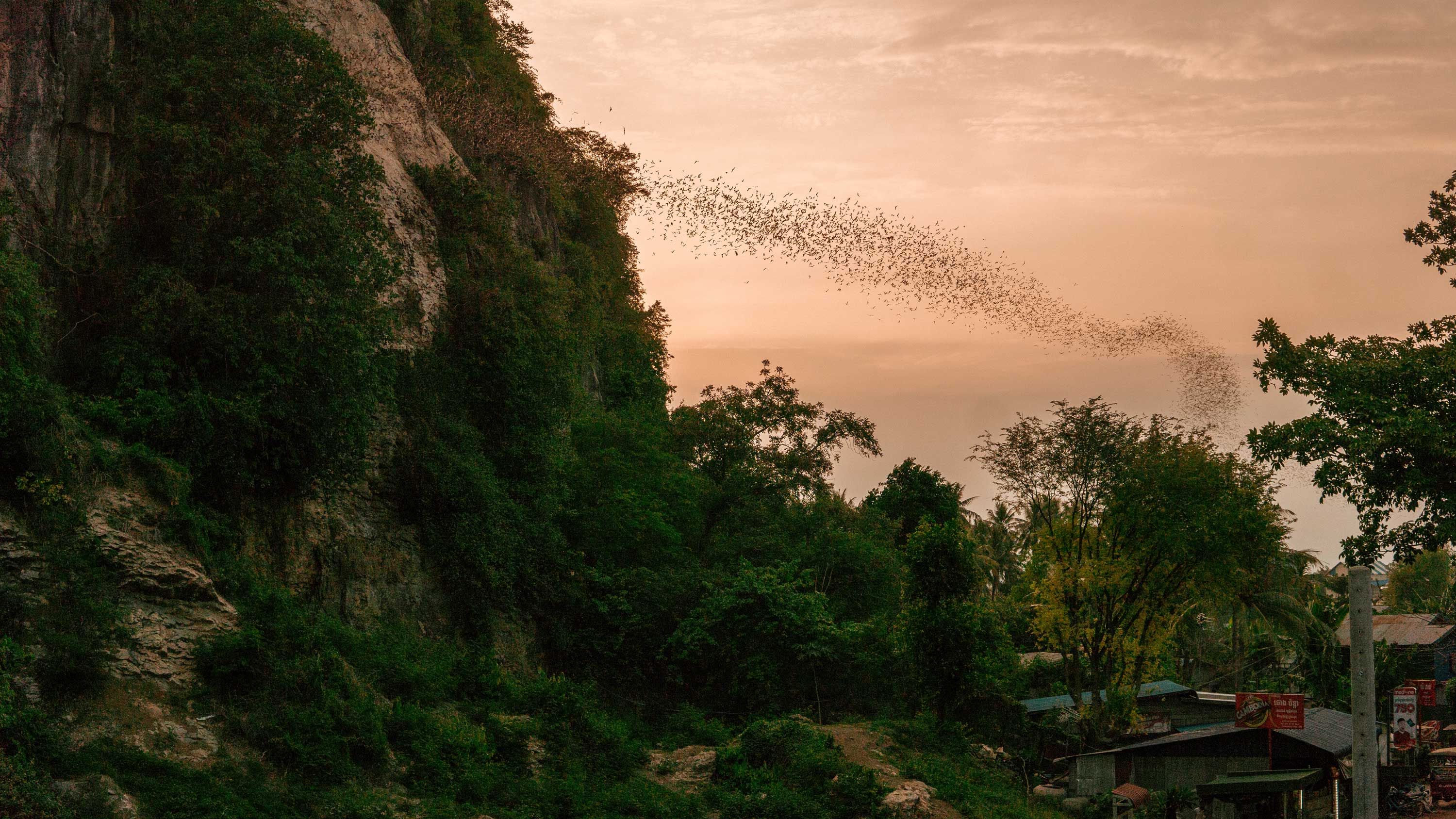 The unknown fall of Mondulkiri, Cambodia

Tourists, especially, foreigners are up to this fall by trekking for 1 day or 2 days through tropical rainforest and terrains.

One Day Itinerary in Battambang province

Battambang is one of the largest province in Cambodia and it is well-known for its production of rice, which largely supply locally and export to the other country in EU region.

About 160KM from the city of Phnom Penh, there is a rising star attraction, which has been visited by thousands of local and international tourists and it’s known as King Island or Koh Sdach.

Subscribe to our newsletter now and be the first to know about Unseentra's latest promos!